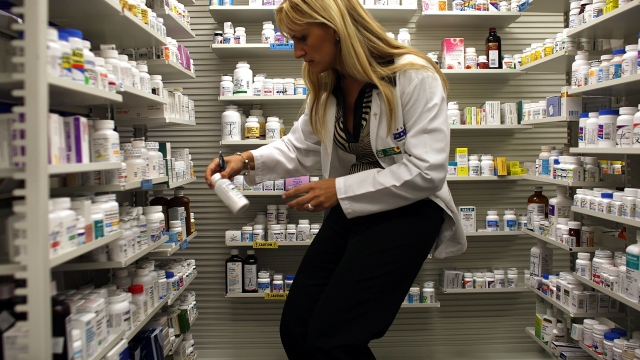 SMS
Drug Companies Will Soon Be Required To Reveal Prices In TV Ads
By Cristina Mutchler
By Cristina Mutchler
May 8, 2019
The Trump administration finalized a rule that will require companies to provide the list price for certain drugs in television ads.
SHOW TRANSCRIPT

New regulations aim to make pharmaceutical companies more transparent about the cost of their drugs in consumer advertisements.

The Trump administration is finalizing a rule that'll require TV ads to reveal the list price of any medicine covered by Medicare or Medicaid that would cost patients $35 or more per month.

For decades, drug companies have been required to disclose major side effects in those ads, but not the price tag.

According to the Department of Health and Human Services, the 10 most commonly advertised drugs have list prices from $488 to almost $17,000 per month.

HHS Secretary Alex Azar says the move will make prescription drugs cheaper by putting pressure on drugmakers and prompting more competition. But some experts disagree with that theory, saying there's no clear evidence that putting prices on ads will drive down the costs.

It's also worth noting that a drug's list price isn't always what people pay. Factors like insurance can change the out-of-pocket cost.

The new regulations are in line with other Trump administration proposals to keep the cost of prescription drugs down, like importing cheaper versions of drugs and making new drugs less expensive under Medicare.

According to a recent CDC report, a 2017 survey found that almost one-third of uninsured Americans rationed their medications or didn't take them as prescribed to try to reduce their costs.

The new regulations are set to go into effect 60 days after they're published in the Federal Register. The rule is expected to face some pushback from the drug industry, which has argued that the move could deter people from seeking treatment and violate companies' First Amendment rights.