Drug Companies To Blame For Ebola Outbreak? WHO Says So 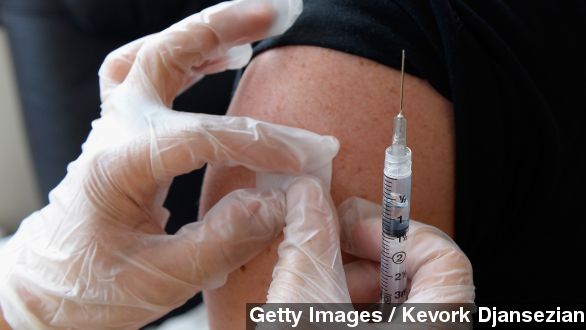 Who exactly is responsible for the Ebola outbreak? Well, the World Health Organization is laying at least part of the blame in the hands of big pharmaceutical companies.

Chan said, "The R&D incentive is virtually non-existent. A profit-driven industry does not invest in products for markets that cannot pay."

According to the agency's numbers, around 13,500 people have contracted the Ebola virus, with nearly 5,000 people dying as a result of it. The majority of those deaths have occurred in the West African countries Guinea, Liberia and Sierra Leone. (Video via Al Jazeera)

There's still no vaccine proven to cure Ebola, even though the disease was discovered about 40 years ago.

Though drug companies have stepped up efforts recently after the virus started to rapidly spread and reached patients in Spain and the U.S. (Video via ABC)

The Guardian writes big pharma companies finally took notice of Ebola once it hit the U.S. or affected U.S. health workers abroad. In fact, according to the outlet, the U.S. military's biodefense researchers only began developing ZMapp, an experimental Ebola drug, "amid fears that the virus could be turned into a biological weapon."

And big money always been a factor a factor in vaccine development. One U.S. government doctor said back in July: "I don't see why anybody except the U.S. government would get involved in developing these kinds of countermeasures. There is no market in it."

Johnson & Johnson, along with several other pharmaceutical companies, are currently working on Ebola-fighting drugs. Johnson & Johnson says it will begin testing an Ebola vaccine in January with a possible 250,000 doses to be made available in May.