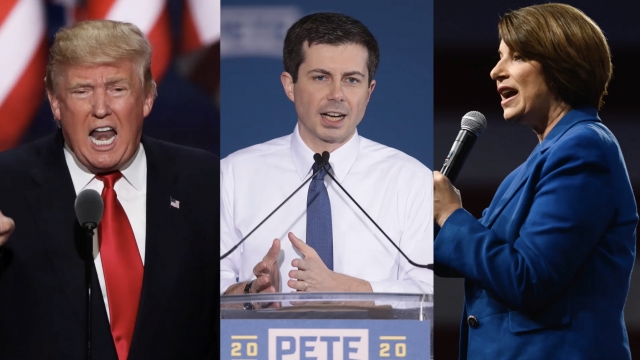 “We wanted to make it easier for Americans to go to a site when they need substance use disorder treatment and quickly get to a list that would provide services that they feel they need," said Mental Health and Substance Abuse Assistant Secretary Elinore McCance-Katz.

When a patient suffers from what’s known as Co-occurring disorders, it often makes it difficult to treat one illness without also addressing the other.  McCance-Katz told Newsy why drug abuse and mental illness often work together.

“You might think of it as a two way street. So somebody who has a mental illness that perhaps has been undetected, may get involved with substances in attempt to to treat some of those symptoms. The opposite is true as well. These substances have very substantial effects on the brain," explained McCance-Katz.

Many of the democratic candidates also have plans addressing both issues separately but Senator Amy Klobuchar and Mayor Pete Buttigieg seem to link the two.

A spokesperson for Buttigieg told Newsy there’s a reason for that. “Pete understands that this epidemic is part of a deeper mental health care crisis, which is leading to more deaths and despair than we've ever seen."

“Instead of perpetuating the stigma, we are going to break the silence around mental health and addiction among veterans. We are going to create a culture where it is as accepted and normal to talk about Post Traumatic Stress, or Serious Mental Illness, or addiction as it is to talk about a back surgery or about cancer," Buttigieg told a New Hampshire crowd this week.

Buttigieg’s 100 billion dollar plan includes requiring insurance plans to provide a free annual mental health check-up to anyone who wants one, creation of a three-digit suicide hotline and Increased access to Telehealth, including Teletherapy and Telepsychiatry, for veterans.

“We have the resources in this country. We do and we just have to take them from the pockets of the people who have been profiting on the addiction and help the people to get off of these drugs," Klobuchar told NBC News.

Klobuchar also has a 100 billion dollar plan she’ll pay for by going after the opioid manufacturers and importers; that includes a  two cent fee on each milligram of active opioid ingredient in a prescription pain pill.