Drop In Math And Reading Scores Might Not Mean Much 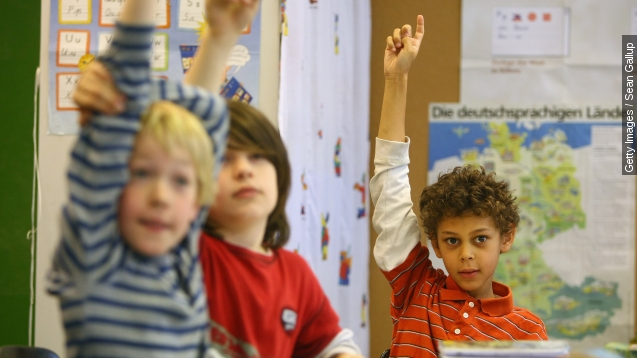 SMS
Drop In Math And Reading Scores Might Not Mean Much
By Bell Johnson
By Bell Johnson
October 28, 2015
U.S. math and reading scores for fourth- and eighth-graders have dipped for the first time since the test was introduced in 1990.
SHOW TRANSCRIPT

National math scores for fourth-graders and eighth-graders fell for the first time since the tests were introduced in 1990.

The National Assessment of Educational Progress is also known as the nation's report card, since it's one of the only exams that is consistently administered nationwide, despite a changing education policy.

Researchers are cautioning against speculation about what the results reveal, because new Common Core standards have changed the way math and English are being taught in the classroom.

Statistics and geometry were the largest score drops on the fourth-graders' test. Yet those topics are not under the grade's Common Core protocol until later in the year.

The scores also show minority and lower-income students are not doing as well as their white and more affluent peers.

One researcher said demographic differences between student performance should be measured up against other states, not just the national average.

U.S. Education Secretary Arne Duncan told reporters that while the news wasn't ideal, it wasn't that surprising. "I've said on a number of occasions that we should expect scores to bounce around some. This is really hard work and big change rarely happens overnight," he said.