Autonomous Tech Is Popular In Cars, But Do People Know How To Use It? 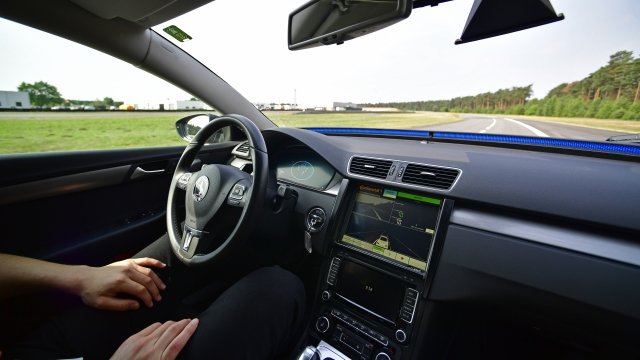 SMS
Autonomous Tech Is Popular In Cars, But Do People Know How To Use It?
By Tyler Adkisson
By Tyler Adkisson
October 25, 2017
Auto industry leaders worry that some drivers may not understand the tech in autonomous vehicles.
SHOW TRANSCRIPT

The autonomous age hit cars fast. Sixty percent of new vehicles come with some autonomy, and automated braking is expected to be standard in cars by 2022. But as the features get more popular, there's some concern that people won't understand what their cars can and can't do.

Some experts call this "autonomous ambiguity." They say that in the short term, ignoring or disabling autonomous tools — or worse, assuming they provide safety benefits when they really don't —  could result in an uptick of crashes.

Part of that ambiguity stems from dealerships not conveying how these tools work. One Massachusetts Institute of Technology study found that while about one-third of salespeople could provide "thorough" explanations of how autonomous technologies worked, another quarter of salespeople gave "poor" explanations.

It's unclear if people understand what certain tools actually do — like automated braking. Some systems will completely stop a car to avoid a collision, but others might only reduce a car's speed to make a crash less severe. One AAA survey found that two-thirds of Americans "familiar with the technology" thought any car with autonomous braking could "avoid crashes without driver intervention." 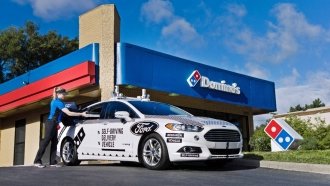 Drivers might also turn off automated features, knowingly or unknowingly. The nonprofit Insurance Institute for Highway Safety surveyed the autonomous tools in Honda vehicles when they were brought in for service and found only one-third of the cars had their lane departure warning systems turned on.

And even though the tech keeps us safe, some drivers say it can get on their nerves like a back seat driver. Some of the drivers in the IIHS study admitted to turning off lane departure warning systems because they were annoying or because they were going off when they shouldn't — like when the car went around curves.

And at this time, there's no legislation that sets nationwide standards for autonomous cars. However, Congress is currently working to pass the first federal law to govern self-driving cars.