Drivers Aid La. State Trooper After He Was Shot During Stop 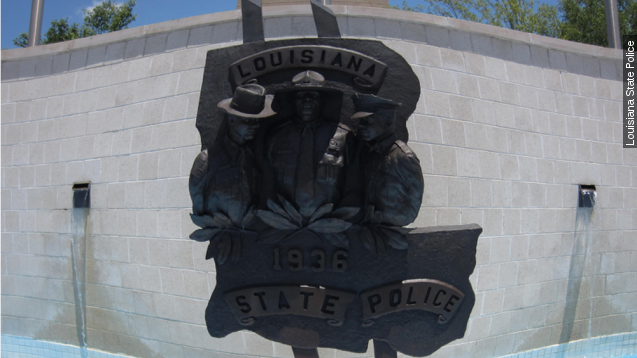 SMS
Drivers Aid La. State Trooper After He Was Shot During Stop
By Leah Becerra
By Leah Becerra
August 23, 2015
A Louisiana state trooper was shot in the head during a routine stop. He was aided by passing drivers who also captured the gunman.
SHOW TRANSCRIPT

A Louisiana State Police trooper was shot in the head Sunday after responding to a report of an erratic driver, whose car somehow turned up in a ditch.

"That trooper responded, located that vehicle in the ditch, located a subject near the vehicle, an altercation ensued and our trooper has been shot by the subject," said Louisiana State Police Trooper James Anderson.

The state police's Facebook page says the suspect was "detained by passing motorists as additional citizens rendered aid to the Trooper until assistance arrived on the scene."

KPLC reports the trooper, who has been identified as Steven Vincent, was flown to an area hospital where he is currently in critical condition.

The man who allegedly shot the trooper has been arrested. (Video via KPLC)