Driverless Cars May Worsen The Organ Shortage, But Science Has Answers 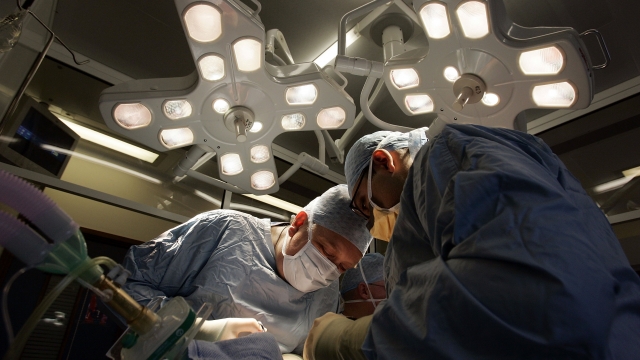 SMS
Driverless Cars May Worsen The Organ Shortage, But Science Has Answers
By Lindsey Pulse
By Lindsey Pulse
December 31, 2016
About 1 in 5 organs used in transplants come from car crash fatalities, but autonomous vehicles are expected to decrease those numbers.
SHOW TRANSCRIPT

When the fleets of driverless cars start rolling out, they're expected to decrease road deaths.

Humans cause an estimated 94 percent of road fatalities, and autonomous vehicles will likely lower that rate. But there's a catch.

About 1 in 5 organs used for transplants come from car crash deaths. If self-driving cars mean fewer people die behind the wheel, what does that mean for the organ shortage?

Roughly 6,500 people in the U.S. die waiting for an organ transplant every year. That doesn't even include those cut from the list because they're "too sick."

The bright side is that technology is working on alternatives. Scientists have found a way to genetically engineer pig DNA so those organs could eventually be safe and dependable to use in humans.

That process modifies DNA to get rid of parts that make foreign cells unsuitable for humans. Eventually, researchers hope to test transplants on primates and then us. Pig and cow heart valves have replaced human valves before.

There are also lab-grown organs. In 2013, scientists grew an edible meat patty from stem cells. The same sort of process has created windpipes, noses and a bunch of other things.

Then there's 3-D bioprinting. Cells from a patient could be printed onto a mold of an organ or tissue and incubated to multiply the cells. The created organ could conceivably be transplanted into a patient.

The technology isn't quite up to producing complex organs like a heart, liver or kidney. But things like skin and blood vessels are showing promise.

We can't definitively say these methods would solve an organ shortage created by super-safe self-driving cars — but they're pretty cool ideas.

The other option for boosting transplant numbers is signing up to donate your extra organs, which you don't actually have to be dead to do.