Driver Who Crashed Into CNN Told Police He Was High 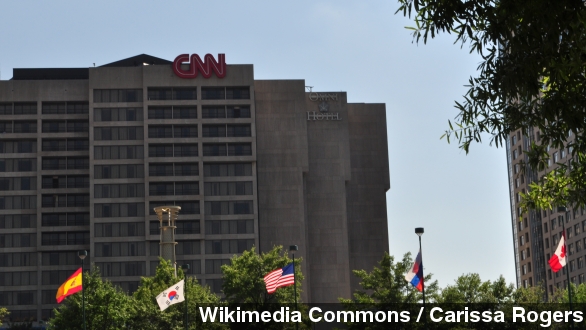 SMS
Driver Who Crashed Into CNN Told Police He Was High

By Madison Burke
June 13, 2014
A vehicle crashed into the glass entrance of the CNN Center in downtown Atlanta, Georgia. The driver told police he had smoked marijuana earlier.
SHOW TRANSCRIPT

A man reportedly crashed his car into the glass entrance of the CNN Center in downtown Atlanta, Georgia Friday. And his excuse was, well... it was something.

"They found marijuana on the driver, who admitted he was smoking marijuana earlier. He's now been charged with DUI and possession of marijuana." ​(Via WXIA)

According to WSB-TV, Todd told police he had been driving all day. The outlet also reports Todd has a criminal record with several drug charges.​ (Via WSB-TV)

A WGCL reporter spoke to a woman who is believed to have been a passenger in the vehicle at the time of the crash. Needless to say, the woman was not in the mood for an interview.

CNN reports officials are baffled as to how the driver managed to crash where he did.

"There are barricade poles and large, stone planters at the corner of the intersection. Marietta Street, which CNN Center faces, is lined with lightposts and shin-high metal barriers protecting the trees and plants along the sidewalk. Those barriers are unscathed.​" (Via CNN)

A local police officer told CNN no injuries were reported. Todd is currently being held at the Grady Memorial Hospital detention facility.