Driver Safety Is Important — Especially During A Total Solar Eclipse 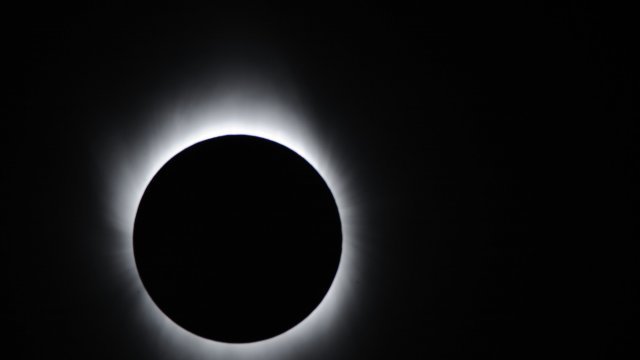 By Gabrielle Ware
August 18, 2017
The Federal Highway Administration is calling the event ​one of the largest driver distractions in years.
SHOW TRANSCRIPT

The upcoming total solar eclipse is being called "Sturgis for stargazers" and the biggest astronomical event of the decade.

But the Federal Highway Administration is calling it one of the largest driver distractions in years. It makes sense: When the moon slides over the sun on Aug. 21, driving conditions will be anything but typical.

For one, it's going to get dark — really dark — in the middle of the day. Sure, it's just for two minutes, but headlights are a must during the event. And the FHWA advises people to turn their headlights on manually — don't rely on automatic lights to kick on.

Pedestrians will be out in droves. Almost two-thirds of the nation's population lives within a day's drive of the total solar eclipse path. Many will have recently traveled to the area, won't be familiar with their surroundings and will probably be staring at the sky.

The FHWA strongly advises drivers to plan ahead instead of pulling over to watch the eclipse. But it says several million drivers along the path could still end up stopping anyway, so that's another thing to watch out for.

The last time the path of totality of a total solar eclipse moved across the entire U.S. was 1918, and car accidents weren't exactly a major concern.

With a bit of practicality, they don't have to be this time around, either.