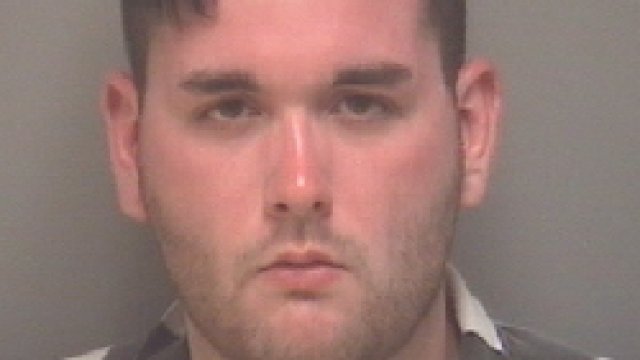 SMS
Driver Gets Life Sentence For Killing Charlottesville Protester
By Briana Koeneman
By Briana Koeneman
December 11, 2018
A jury sentenced James Alex Fields Jr. to life behind bars plus 419 years. He was also slapped with $480,000 in fines.
SHOW TRANSCRIPT

The man who drove through a crowd of people protesting a "Unite the Right" rally in Charlottesville, Virginia, last year has been sentenced to life in prison.

According to several reports out Tuesday, a jury sentenced James Alex Fields Jr. to life plus 419 years. He was also slapped with $480,000 in fines.

Prosecutors say Fields intentionally slammed his car into demonstrators who were protesting a rally by white supremacists, nationalists and members of the so-called "alt-right." Thirty-two-year-old Heather Heyer was killed and dozens of others were injured.

Fields was convicted last week of first-degree murder. In addition to the murder charge, the jury convicted Fields of multiple counts of aggravated malicious wounding, and failing to stop at an accident involving death.

Fields still faces a litany of federal hate crime charges for which he could receive the death penalty.