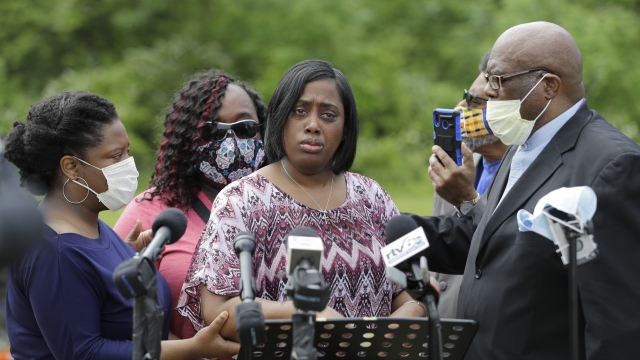 In Marion County Indiana a Superior Court judge has appointed a special prosecutor to examine the police shooting of a 21-year-old black man, Dreasjon Reed.Reed was killed May 6th by Indianapolis Metropolitan Police Force officers and the case is drawing national attention following the killing of George Floyd.

Wednesday, Reed's mother recalled in graphic detail the moment she saw her son after he was shot.

"They couldn't fix his face. They tried. That's how much damage was done to his face alone," she said.

According to police, Reed was pursued by officers, including Chief Randal Taylor, because they saw someone driving recklessly on an interstate at nearly 90 mph. An officer later found the car on an Indianapolis street and chased Reed on foot. Assistant police chief Chris Bailey said gunfire was exchanged and that a gun found near Reed appeared to have been fired twice.

However Reed's family's attorney, Fatima Johnson, said while Reed was an Air force veteran and a trained and licensed gun holder, that's not what happened.

"I am here to say to you unequivocally that Dreasjon Reed, "Sean" Reed, did not shoot a gun. Did not point a gun. Did not brandish a gun at an officer," the attorney said.

Protesters joined the family in demanding justice for Reed, as they did the week he was killed.

A site familiar across the country and now the world as people stand up against police brutality and speak up for lives lost in the Black community.

"I'm not perfect, but who is? Which one of you ever done something you wish you wouldn't have done? If you tell me you're perfect then you're lying. Just like IMPD is lying," the mother said of the Indianapolis police.

Reed's family also requested the Marion County Coroner's autopsy report and the names of all officers involved in his shooting.

"We will not relent. We will not stop, until we have the truth," Johnson said.