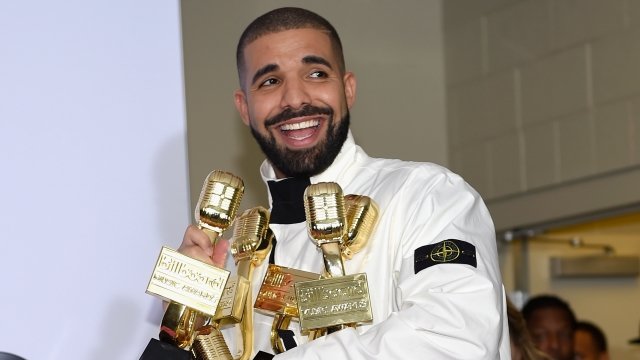 Drake has officially broken records that previously belonged to The Beatles and Michael Jackson.

Currently, seven singles from the rapper's new album "Scorpion" are on the Billboard top 10. That tops The Beatles’ record of five back in 1964 and Michael Jackson’s record for most top 10 singles in his career as a male solo artist.

"Scorpion" is Drake's fifth album. It's also, according to his record label, the first album to be streamed more than 1 billion times during its first week.