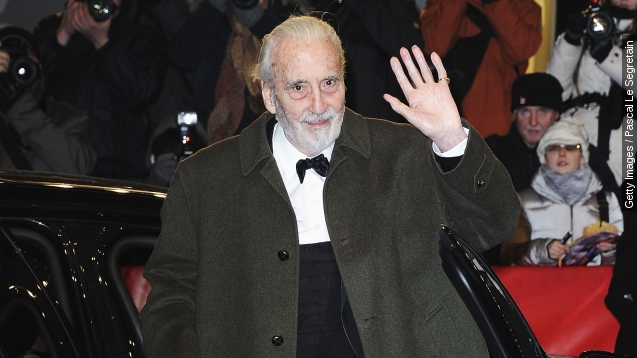 Longtime actor Sir Christopher Lee has died at the age of 93.

According to The Guardian, Lee died Sunday after being hospitalized for respiratory and heart problems. The news is just being released as Lee's wife wanted to inform family first.

His older fans likely knew him as Dracula, a role he reprised time and time again. (Video via Universal Pictures  / "Horror of Dracula")

But his younger fans may know him as Count Dooku in "Star Wars" and Saruman the White in "The Lord of the Rings." (Video via New Line Cinema / "Lord of the Rings: The Two Towers")

"A new power is arising!"

Lee's career spanned more than 200 films in over half a century.

As The Telegraph reports, "In 1990 at the age of 71 (and having undergone open heart surgery) he appeared in 12 different films within 14 months."

Lee said he liked a continual challenge, and he was in his 80s when he took on his "Lord of the Rings" role.

Lee also dabbled in singing, and released a couple of albums. He is survived by his wife of over 50 years and their daughter.