'Dr. Phil' Accused Of Endangering The Health Of Guests With Addictions 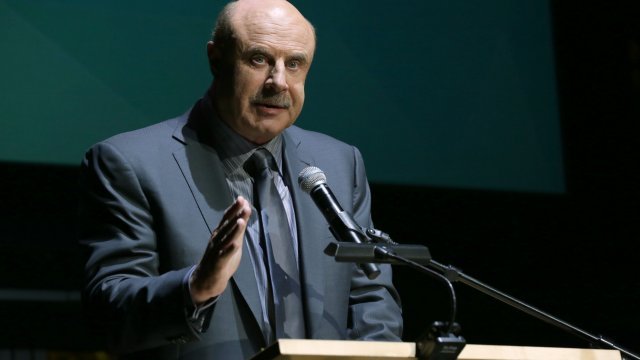 The "Dr. Phil" show is being accused of deliberately jeopardizing the health of its guests who have an addiction.

Stat and The Boston Globe put out a joint investigative report Thursday. In it, former guest Todd Herzog, who's recovering from alcoholism, alleges a bottle of vodka was left in his dressing room. He claims he drank the entire bottle and was subsequently given a Xanax. The combination is potentially deadly.

The report also presents testimony by family members of guests who say staff encouraged and directed their relatives to get drugs to stave off withdrawals. A rep for the show called the accusations "unequivocally untrue."

The guests also reportedly didn't receive medical support or supervision while waiting for tapings to begin. Regarding this allegation, the show's response has varied.

Initially, a spokesperson for the show reportedly said it didn't have a responsibility to medically supervise its guests. But after being asked about specific guests, the spokesperson said they were supervised "100% of the time."

The "Dr. Phil" show has seen its share of controversy since it began in 2002. It's faced numerous lawsuits, including one from a former employee who sued Dr. Phil McGraw over false imprisonment. That was after he allegedly trapped employees inside a room and accused them of leaking information to the media.

It's also worth noting that while McGraw has a doctorate in psychology, he hasn't been a licensed psychologist in over a decade.