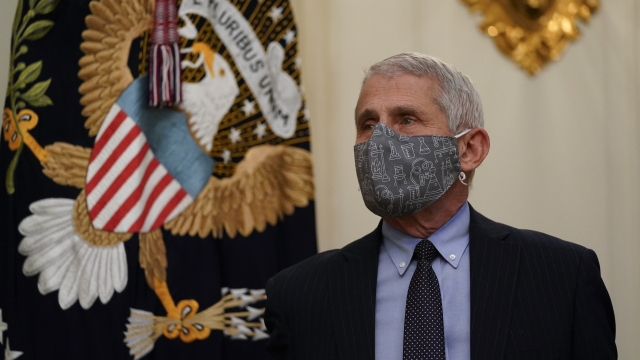 SMS
Dr. Fauci Warns Of New COVID Variants Spreading In The U.S.
By Jay Strubberg
By Jay Strubberg
January 26, 2021
Both Moderna and Pfizer say their vaccines do protect against new strains of the virus but may not be as effective against the South Africa variant.
SHOW TRANSCRIPT

Health experts warn the U.K. variant could become the dominant virus in the U.S. in the coming months.

Dr. Anthony Fauci voiced concern after the U.K. government released a report last week that says it could be more deadly.