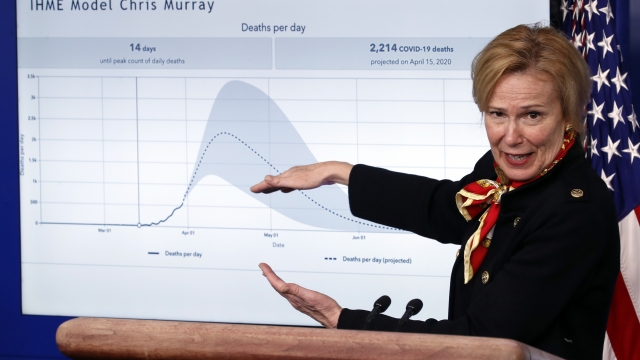 With former President Trump now out of office, we're beginning to learn more about what was happening in the administration behind the scenes.

And she says she was censored by the former administration and that the president was receiving false data about the virus.

"I saw the president presenting graphs that I never made. So I know that someone or someone out there or someone inside was creating a parallel set of data and graphics that were shown to the president. I know what I sent up and I know that what was in his hands was different from that. You can't do that," Dr. Birx said.

Birx exclusively told Newsy last month that she planned to retire when President Biden took over.