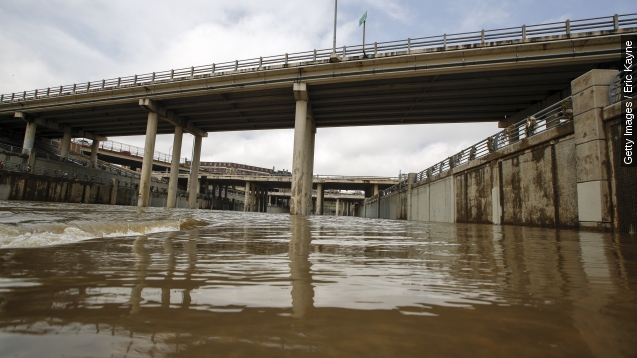 Emergency crews worked through the night and into Friday morning to rescue people throughout the state of Texas who were stranded because of continued widespread flooding.

Overnight, the National Weather Service tweeted that multiple roads in the Dallas-Fort Worth area were impassable because of the flooding.

According to The Weather Channel, parts of the state have seen as much as 20 inches of rain fall since May 1.

And KPRC reports even more rain is expected to fall Friday, which triggered flash flood warnings for six counties in the southeastern part of the state.

Earlier this week, Texas Governor Greg Abbott declared a state of disaster in 24 counties across the state. No additional counties have been added since. (Video via KXAS)

As of Friday morning, at least 17 people in Texas have died due to the severe weather in the past week.