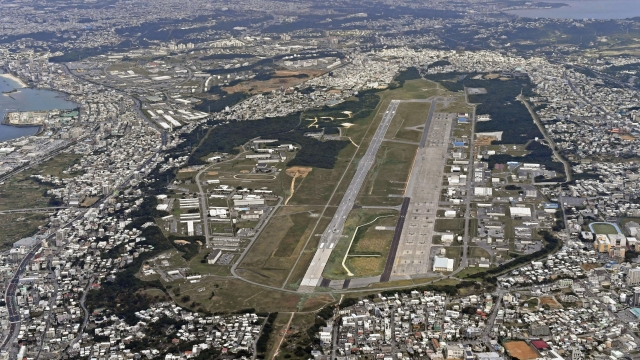 SMS
Dozens of U.S. Marines Infected With Coronavirus on Okinawa
By Alex Arger
By Alex Arger
July 11, 2020
Dozens of Marines in Okinawa have the coronavirus. The island says the U.S. military isn't being transparent with its case numbers.
SHOW TRANSCRIPT

Dozens of U.S. Marines have the coronavirus in what is feared to be a massive outbreak at bases on the Japanese island of Okinawa.

Officials say the U.S. military asked that the exact number of cases be kept quiet. But local media reports  said about 60 people are infected on two bases on the island.

Okinawa's governor, Denny Tamaki, says he requested the U.S. publicly announce the number of infections. He questioned the military's handling of the outbreak, saying; "I can't help but have doubts about the infection prevention measures."

Island officials asked the U.S. military Friday for answers to address residents' concerns. But in a statement, the Marines didn't address the number of cases. It just said that two clusters of people with the virus had been isolated.

In March, the Pentagon ordered military bases and commanders to stop reporting exact case numbers due to security concerns.

The Okinawa assembly adopted a resolution Friday protesting the U.S.'s response to the outbreak, citing a lack of transparency. Temporary lockdowns were imposed at two Marine Corps bases, Camp Hensen and the Futenma air station. Now, local media says some Japanese officials are considering seeking closure of the bases.

More than half of the near 50,000 American troops in Japan are based in Okinawa. Some local residents have long protested the U.S. bases, complaining of pollution, noise and crime.