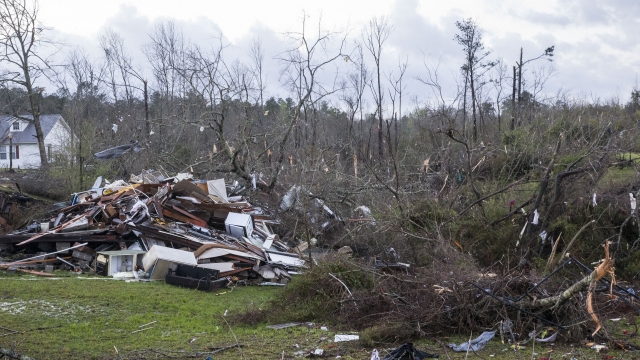 SMS
Dozens Of Tornadoes Hit Southern States, One Person Killed
By Newsy Staff
By Newsy Staff
March 19, 2021
One person was killed in Mississippi after at least four tornadoes touched down.
SHOW TRANSCRIPT

Dozens of tornadoes touched down across several states in the southeast yesterday.

Parts of Georgia, Florida and Alabama got the brunt of the storms yesterday. Dozens of homes were damaged and thousands were left without power in southwest Alabama.

At least one person was killed in Mississippi after at least four tornadoes touched down over Tuesday and Wednesday.