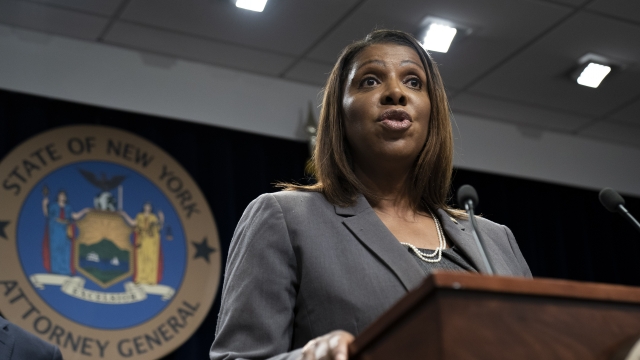 SMS
Dozens Of State Attorneys General To Investigate Facebook
By Caitlin Baldwin
By Caitlin Baldwin
October 8, 2019
Some of the state attorneys general involved in the investigation met with officials from the Justice Department and Federal Trade Commission Monday.
SHOW TRANSCRIPT

James first announced the investigation back in September, "to determine whether Facebook's actions may have endangered consumer data, reduced the quality of consumers' choice, or increased the price of advertising." Around 40 state attorneys general have joined. That's according to three people familiar with the probe who spoke to the Washington Post.

In response to James' announcement in September, Facebook said it would work with the state attorneys general, adding, "We welcome a conversation with policymakers about the competitive environment in which we operate."

A number of states involved met with officials from the Justice Department and Federal Trade Commission on Monday. James said in a statement, "We will continue to work in a bipartisan manner to protect consumers and protect competition."

The Justice Department and the FTC have been investigating antitrust violations by Facebook for months now.