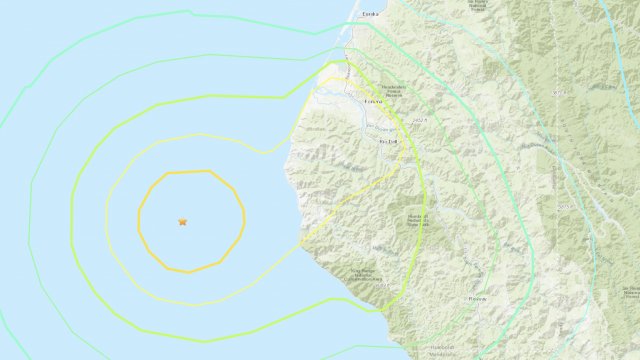 Northern California residents are cleaning up after dozens of earthquakes have shaken the region since Monday.

A major quake struck 200-miles of the coast near the small town of Petrolia, north of San Francisco.

The seismic waves shook everything inside one liquor store, knocking bottles to the ground.

Residents along the coast feared it would trigger a tsunami.

This type of earthquake doesn't normally create a tsunami, so there was no threat.

The big quake was felt more than 250 miles away, with most of the damage minor.

Some homeowners had their TVs and pictures knocked off the wall.

"Odds are we won't see anything as strong as the main earthquake," Alex Dodd, National Weather Service Meteorologist, said.

Earthquakes are common along this fault.

In the last century, there have been at least 40 magnitude six earthquakes.