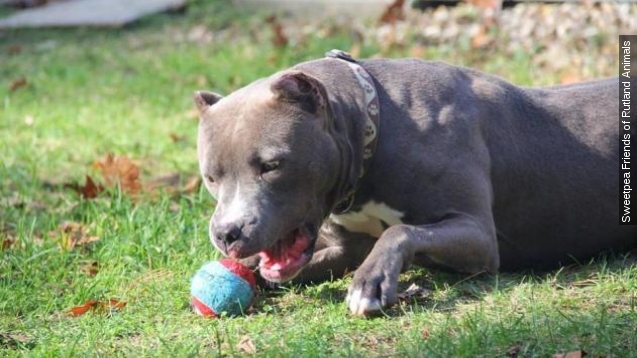 An animal shelter in Massachusetts caught fire Sunday night, killing all but five of the more than 50 cats and dogs being housed there.

Dozens of cats and dogs were killed late Sunday night after a fire engulfed a Massachusetts animal shelter.

"It's going to be really tough," Jennifer Parisi, the daughter of the shelter's manager, told WFXT. "You can rebuild the building, but you can't get back those lives.

The fire struck Sweetpea Friends of Rutland Animals, a nonprofit, no-kill shelter in the town of Paxton.

Of the more than 50 animals at the shelter, all but five were killed in the blaze. According to firefighters, the affected building is a total loss.

Firefighters said they did their best to bring animals out of the fire but could only bring out larger-breed dogs, which were treated for smoke inhalation. (Video via WHDH)

The shelter said on its Facebook page three of those dogs are in stable condition; a fourth is in critical condition and has been rushed to Tufts University for treatment.

Crews were putting out cat food to try to capture any felines who may have survived the fire. One cat was found alive in the rubble and is in stable condition, according to the shelter.

At the moment, the cause of the fire is unknown, though owners said firefighters speculated it could have been electrical. (Video via Sweetpea Friends of Rutland Animals)

In a Facebook message posted after the fire was over, the shelter wrote, "Tonight, Sweetpea has lost almost everything. We would like to send a huge thank you to our community, without whom, we would have lost everything."