More Animals Are Getting Legal Protection. Now For The Bad News 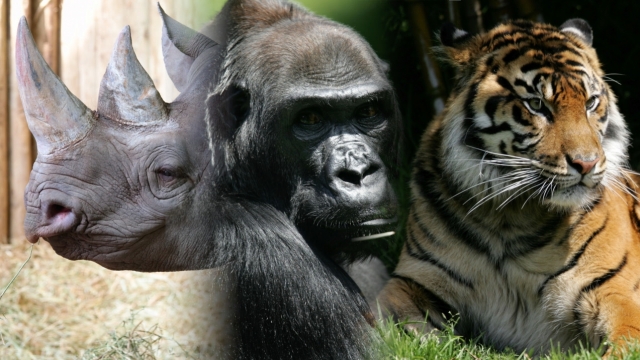 Animal species are disappearing at an alarming rate. Some are calling the current trend Earth's sixth mass extinction.

Over the past several weeks, officials worldwide have signed new protections for dozens of animal species. That sounds like good news, and it is. But it also indicates a bigger, and badder, trend.

In late September, the U.S. Fish and Wildlife Service added dozens of new animals to the endangered list, which gives federal protection to threatened species.

The addition included several types of bees, the only venomous snake in the state of Michigan and 49 different animal species in Hawaii.

That same week, more than 100 countries agreed on a worldwide ban on the trade of pangolins, which are facing the threat of extinction due to the fact that they're the most trafficked mammal in the world.

Shortly before that, an unrelated study found most of the world's largest animals — think rhinos, gorillas and tigers — could go extinct in the next 80 years, largely thanks to ecosystem destruction.

The reason these animals need protection isn't because their names were drawn out of a hat; it's because the world is seeing the most severe biodiversity crisis in a very, very long time.

So many animal populations have decreased at such a rate that the only way to prevent more damage is to increase protection efforts across the globe.

Of course, animal extinction is a natural occurrence. The Center for Biological Diversity says it's normal to lose one to five species per year.

That rate is so staggering that experts say Earth is experiencing a sixth mass extinction. Officials are working hard to curb it, but that's so far proved difficult. Unlike the previous five extinctions, this one has been caused almost entirely by humans.