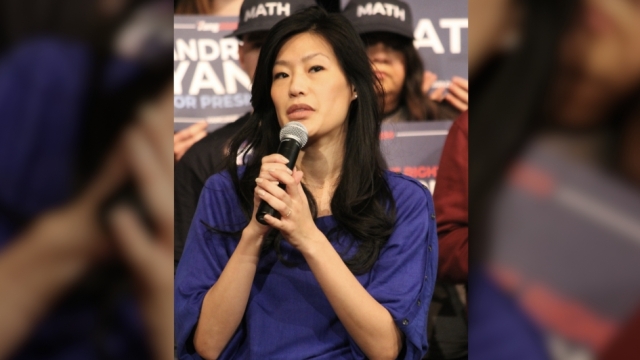 SMS
After Evelyn Yang Spoke Out, Dozens More Women Accused OB-GYN Of Abuse
By Johannah Grenaway
By Johannah Grenaway
February 17, 2020
A lawyer says his 2019 lawsuit will soon count around 70 plaintiffs, all of whom allege Robert Hadden assaulted them during exams or treatment.
SHOW TRANSCRIPT

In January, Evelyn Yang, the wife of former presidential candidate Andrew Yang, spoke to CNN about being assaulted by the doctor in 2012, when she was seven months pregnant. She said she hoped her story would empower other survivors to speak out. And her account seems to have done just that.

An attorney representing Hadden's former patients says he'll add the the new accusers to a suit he filed in 2019, bringing the total number of plaintiffs to about 70. In accounts spanning several decades, all of the women allege Hadden sexually abused them during exams or treatment, including fondling them and conducting internal exams without gloves. Two of the plaintiffs were minors at the time of the alleged incidents.

Hadden used to work at Columbia University's New York-Presbyterian Hospital. As Newsy has previously reported, he was indicted on multiple felony sex charges and received a plea deal in 2016. Hadden lost his medical license and had to register as the lowest-level sex offender but didn't get any jail time.

Sexual assault survivors have called on Manhattan District Attorney Cyrus Vance to resign over the way he handled Hadden's case. One city council member said that under Vance's leadership, the DA's office "failed to protect and fight for survivors against rich, white and powerful men who committed countless sexual assaults." She said she hopes "that DA Vance will seriously consider the damage that has been done and resign.”