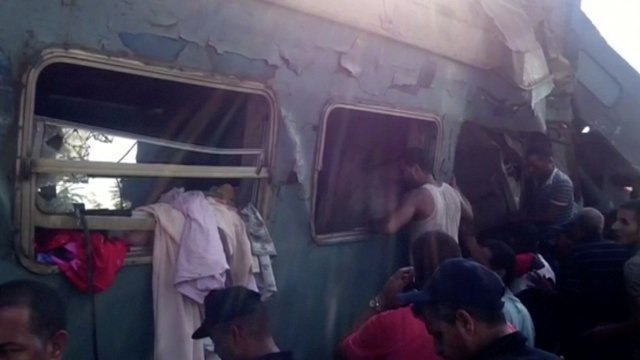 By Briana Koeneman
August 11, 2017
Egypt's railway authority said a train traveling from Cairo to Alexandria slammed into the back end of another.
SHOW TRANSCRIPT

Dozens of people are dead or injured after one train struck another near Alexandria, Egypt.

Egypt's railway authority says the crash happened Friday afternoon local time when a train traveling from Cairo slammed into the back end of another. It's unclear exactly what caused the crash.

A spokesperson for Egypt's health ministry says at least 36 people were killed and more than 100 others were hurt. And authorities say that number could rise.

Egypt's passenger train line has a history of serious incidents.

The deadliest was in 2002, when a fire on a crowded train killed more than 300 people.