Dozens Died In India After Drinking Poisonous, Illegally Made Alcohol 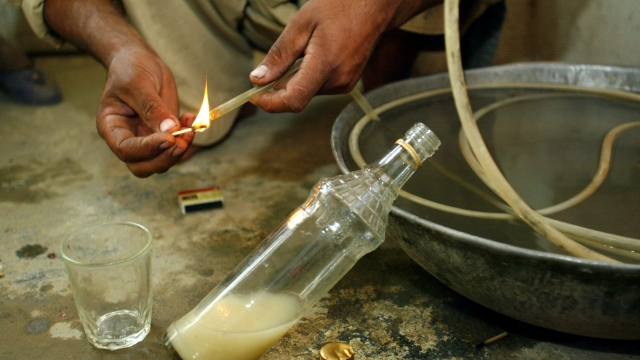 More than 70 people from several villages in northern India have died from drinking illegally brewed liquor that's believed to have been laced with menthol. Dozens more have gotten sick.

One city's police department says the illicit alcohol may have come from the same source and has arrested some 30 people. Authorities in India have also suspended dozens of officials, including some law enforcement officers, on charges of negligence or collusion in illicit trade.

The National Crime Records Bureau in India reports an average of 1,000 people die every year after drinking illegally brewed liquor — which is often made with poor-quality ingredients.