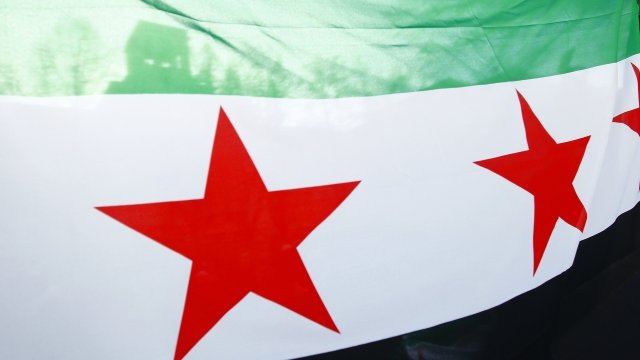 SMS
Dozens Dead After Suspected Chemical Attack In Eastern Ghouta, Syria
By Katie Cammarata
By Katie Cammarata
April 8, 2018
According to The New York Times, some medical and rescue groups are blaming Syria's government for the attack.
SHOW TRANSCRIPT

Dozens of people are dead after a suspected chemical attack in the last rebel-held part of Eastern Ghouta, Syria.

According to The New York Times, some medical and rescue groups blame Syria's government for the attack on Douma.

Syrian state-run media report the government didn't use any chemical weapons and that the accusations were meant to "hinder the Army's advance." Russia, which supports Syria's president, also denied the allegations.

Media outlets haven't been able to independently verify the reports because journalists, aid workers and investigators are not currently allowed in Douma, which was surrounded by government forces Sunday morning.