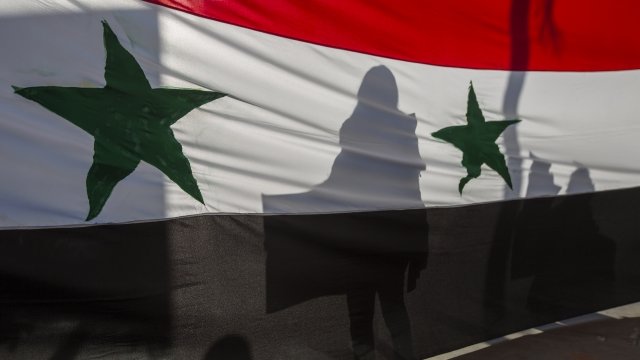 SMS
Dozens Of People Are Dead After A Series Of Attacks In Syria
By Ethan Weston
By Ethan Weston
July 25, 2018
The attacks were reportedly the most deadly in the government-held territory in months.
SHOW TRANSCRIPT

Dozens of people are dead after a series of attacks in Syria on Wednesday.

The attacks reportedly took place in and around a government-held city in the southern part of the country. ISIS has claimed responsibility for the attacks. More than 90 people have been killed, according to multiple reports.

The BBC says the attacks were the deadliest in months inside government-held territory.

Syrian forces reportedly stopped two other attackers before they could trigger their explosives.