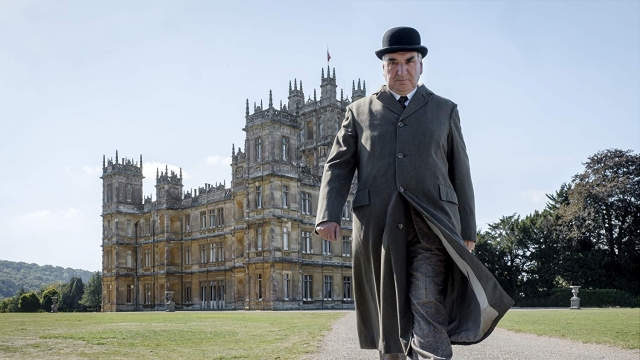 Taking the No. 1 spot during this crowded box office weekend is 'Downton Abbey" bringing in a better than expected $31 million in its first weekend out. The crossover from television phenomenon to feature film can be a treacherous one.

But for every Entourage-like flop there's a Star Trek-esque success and this "Downton Abbey" film is off to a great start at the box office. In fact, the $31 million debut is the best start in Focus Features history — the studio distributing this film in the U.S.

The next big test for this film is whether it can draw moviegoers who are not fans of the show in the coming weeks. Analysts suspect the opening weekend rush of die-hard 'Downton' fans may be over.

Taking the No. 2 spot this week and pushing Brad Pitt's summer renaissance forward is "Ad Astra" bringing in an estimated $19.2 million in its first weekend out. In general, a $19 million debut is fine but films about space tend to be more expensive than most

But there's still hope for Brad Pitt and company. "Ad Astra" has fantastic reviews and is generating some Oscar buzz which will hopefully give this film box office legs through award season. Also, "Ad Astra" made $26 million over the weekend from the foreign box office.

Last but not least this week just barely falling to third place is Sly Stallone's "Rambo: Last Blood" bringing in an estimated $19 million in its first weekend out.

As for next week, from the studio that brought you "How to Train Your Dragon" the exact same premise but with Yetis.