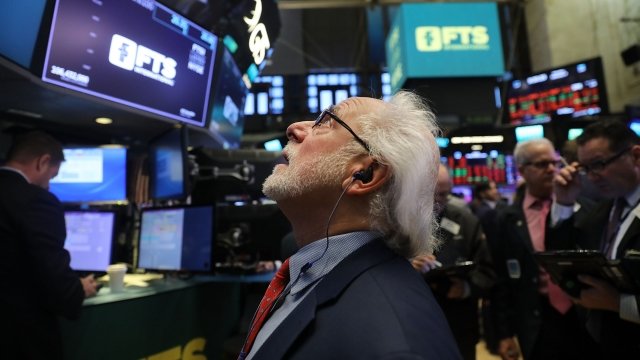 SMS
Dow Jones Industrial Average Just Dropped Over 1,000 Points In A Day
By Ethan Weston
By Ethan Weston
February 5, 2018
Some say the massive drop could just be a correction after a booming start to the year.
SHOW TRANSCRIPT

The Dow Jones Industrial Average saw a huge decline Monday. At its lowest, it fell over 1,500 points — the index's largest point-drop ever.

That was an over 6 percent loss, which eventually settled at under 5 percent at the bell. The drop effectively erased all the gains it made so far this year.

The decline is the largest since August 2015. But this might just be a normal stock market correction after a booming start to the year.

The Dow isn't necessarily a great indicator of market health. It's based on the average stock price of 30 huge companies, which might not be a good sample for today's diversified market.