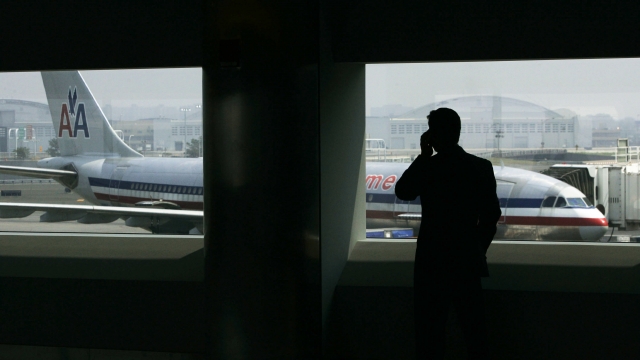 SMS
In-Flight Phone Calls May Be The Next Annoying Thing On Planes
By Lindsey Pulse
By Lindsey Pulse
December 9, 2016
If U.S. aviation officials allow calls over Wi-Fi, they want airlines to decide if it's OK and to let passengers know about it beforehand.
SHOW TRANSCRIPT

If you've ever thought to yourself, "Man, I'd really love to have someone jabbering on their phone during my flight to Hawaii," you're in luck.

The U.S. Department of Transportation said Thursday it would be up to the airlines whether to allow the calls, but there would be a rule — they'd have to let people know in advance if their flight permits them.

SEE MORE: It's Easier To Get A Firearm On A Plane Than A Galaxy Note 7

The secretary of transportation said the "proposal will ensure that air travelers are not unwillingly exposed to voice calls."

The Transportation Department started asking around about this awhile ago, but the idea wasn't popular. People were worried about lack of privacy and excessive noise in the confines of an air cabin.

Keep in mind, this is just a consideration. The Wall Street Journal reports a decision likely won't happen anytime soon; the Transportation Department could decide to ban voice calls altogether.

But who knows, maybe learning the details of your seat buddy's life could help the time fly by.