Why Airlines Can Keep Hiding Baggage Prices From You 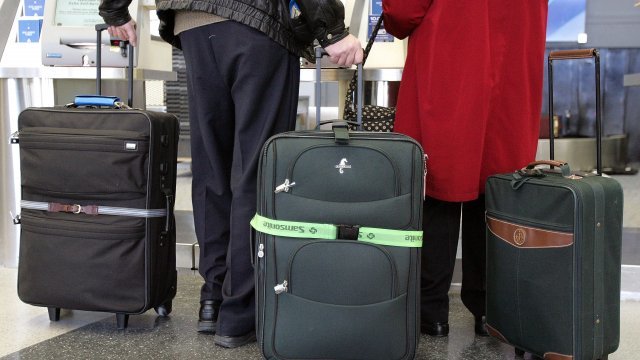 The Department of Transportation is giving airlines a break by withdrawing an Obama-era proposal meant to help travelers.

Under the proposal, airlines would need to disclose bagging and other costs upfront. The department said the proposal provided "limited public benefit" and called it "unnecessary."

This information is listed on airline websites, but is often posted in the fine print or disclosed after you select a ticket.

Emirates and Turkish Airlines have received approval from Homeland Security to let their passengers carry larger electronics onto U.S.-bound flights.

This proposal would have made it easier for consumers to manually compare costs between airlines.

Travelers United, a nonprofit travel group, said in a statement that without this proposal, "airlines are misleading consumers about the true cost of travel."

The department also nixed another proposed regulation that would have made airlines report more details on the revenue they earn from these extra fees. Right now, only baggage and reservation changes are required to be reported. In 2016, airlines made more than $4 billion in baggage fees.

These decisions fall in line with President Donald Trump's focus on decreasing regulations on businesses. Earlier this year, Trump proposed a plan to privatize air traffic control, which critics argued would give large airlines more power and raise travel costs.