Dose Of Truth: How Effective Are The COVID Vaccines? 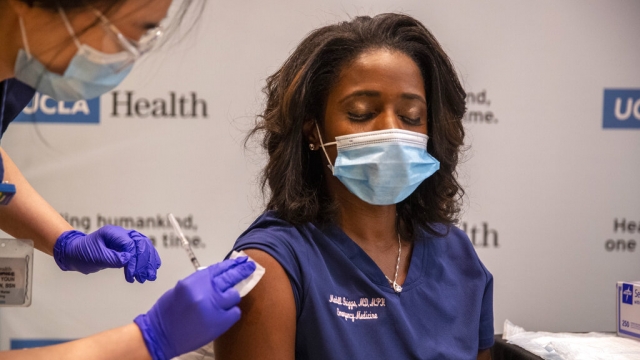 Vaccine efficacy is one key portion of FDA approval.

There's a lot of false information out there about the two leading COVID-19 vaccines in the U.S. We wanted to provide the facts and answer some questions.

I’m not a doctor but know a few, so we asked: How effective is the vaccine?

"These vaccines are highly effective. Both studies have shown over 90 percent effectiveness, which is phenomenal because we only really expected 50-60 percent," said Dr. Mati Hlatshwayo Davis, an infectious diseases physician with Washington University School of Medicine.

"The report put out by Pfizer, in the data that's included in the EUA for the FDA, is a 95% efficacy. There is protection after the first dose and then maximum protection after the second dose, which is 21 days later," said Dr. Khalilah Gates, a pulmonary care specialist with Northwestern Medicine.

"What should be noted is that they were tested to see passage of symptomatic coronavirus, so they prevent people from getting symptoms. What hasn't been studied is whether or not this results in asymptomatic spread. So giving it to other people even if you're not experiencing symptoms," said Dr. Josh Lesko, Brief19 lead policy analyst.

More from A Dose of Truth

Dose Of Truth: How Did Vaccines And Rollouts Happen So Fast?

Experts say the ability to develop vaccines quicker may be crucial.

Dose Of Truth: Is The COVID Vaccine Being Used For Population Control?

Theories about vaccination being used as population control have been around for a while.

The U.S. has a sordid history when it comes to minority communities and medicine, and some people are concerned the vaccine has an ulterior purpose.