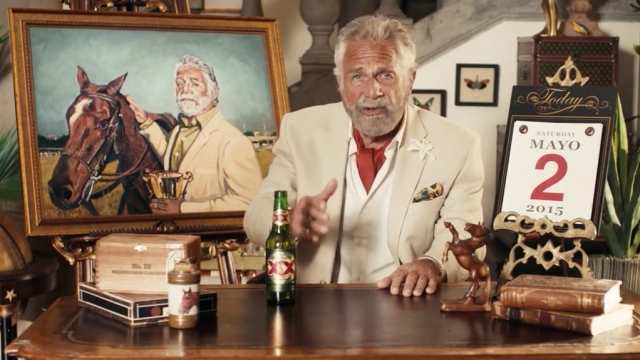 "The Most Interesting Man in the World" doesn't retire in Florida; he prefers Mars in the springtime.

He's hanging up his hat after nine years of making us all feel less alluring. The company just aired the last commercial with Goldsmith, who's grown too interesting for Earth. Dos Equis credits the campaign for helping triple its business since 2006.

Dos Equis isn't throwing in the towel on the "Most Interesting Man" campaign, just revamping it with millennial flair.

That can go two ways if the new spokesperson is a millennial — he could be some genius who developed an app that brews Dos Equis out of his phone. Or he could be unemployed and living in his parents' basement, screaming at his mother to bring him a cold one.