Doping Scandal Could Get Russia Barred From 2016 Olympics 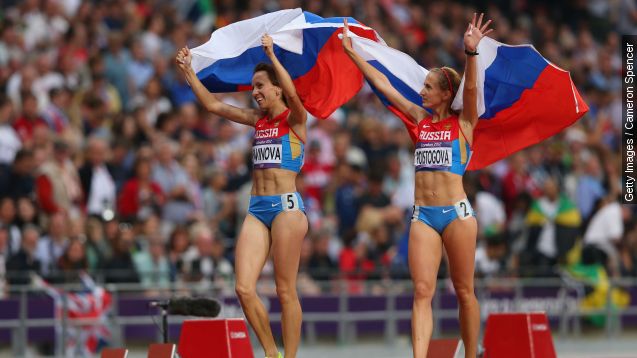 SMS
Doping Scandal Could Get Russia Barred From 2016 Olympics

By Matt Moreno
November 9, 2015
The World Anti-Doping Agency said in a report that Russia deserves to be suspended from the 2016 Games.
SHOW TRANSCRIPT

A report from the World Anti-Doping Agency says Russia's involved in a widespread doping scandal and is calling for the country to be banned from international athletic competitions.

"Our recommendation is that the Russian Federation be suspended," WADA Chairman Dick Pound said.

The findings were supposedly so bad the WADA chairman Dick Pound wants the country suspended from the 2016 Olympics in Rio.

In a report released Monday, the WADA said it found evidence of state-sponsored doping, including cheating by athletes, doctors, coaches and laboratory personnel participating in International Association of Athletics Federations events.

The findings also say the IAAF took bribes from Russian officials to cover up the apparent doping.

The anti-doping investigation looked mainly at track and field athletes, although the extent of the alleged state-run doping could reach further than that.