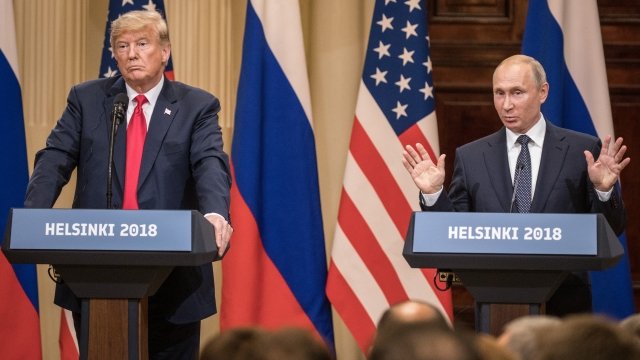 The two leaders touched on a variety of topics, including Russia's alleged interference in the 2016 presidential election and the U.S. investigation into those allegations.

"The Russian state has never interfered and is not going to interfere into internal American affairs, including election processes," Putin said.

"I think that the probe is a disaster for our country. I think it's kept us apart. It's kept us separated. There was no collusion at all," Trump said.

Trump and Putin also talked about nuclear proliferation, Syria and, of course, the World Cup.

"Speaking of the football actually, Mr. President, I'll give this ball to you, and now the ball is in your court," Putin said.

President Trump is scheduled to arrive back in the U.S. Monday evening.