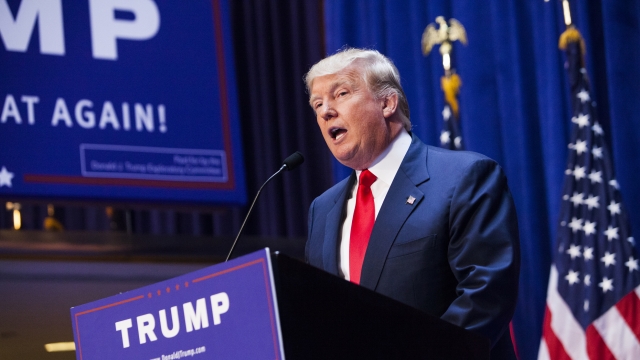 The Washington Post reports that legal documents show money donated to the Trump Foundation was used to settle more than one lawsuit.

Donald Trump used more than a quarter of a million dollars in other people's donations to his charity to settle his own legal battles — $258,000 to be exact.

That's from reporting at The Washington Post. David Fahrenthold reviewed legal documents that show checks from the Trump Foundation — which is a charity "funded almost entirely by other people's money."

In New York, a Trump golf course settled a lawsuit by making a donation from the Trump Foundation to the plaintiff's charity of choice.

Something similar happened in Florida, where Trump's Mar-a-Lago Club settled a lawsuit by making a $100,000 donation to a specific charity, not from Trump's pocket, but from the charity funded by other people.

Obviously, there are some ethical questions this raises, but Trump might have broken U.S. tax law as well.