Trump Says Kanye Likes Him Because Unemployment Is Low. Is It? 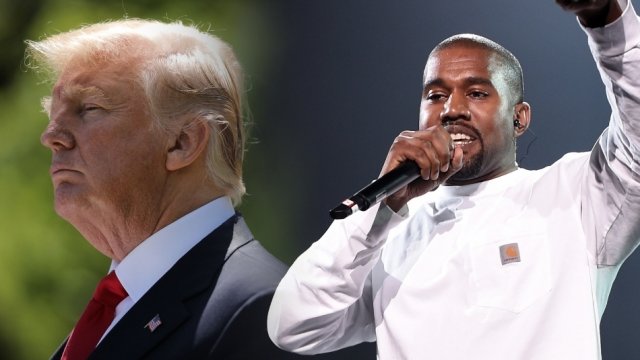 SMS
Trump Says Kanye Likes Him Because Unemployment Is Low. Is It?
By James Packard
By James Packard
May 2, 2018
President Donald Trump seems to think Kanye West likes him for his low unemployment numbers. But Trump doesn't get total credit for those.
SHOW TRANSCRIPT

And multiple outlets talked about a part of a tweet from West that said of him and the president, "We are both dragon energy."

During his coverage on CNN, Tapper backtracked for clarity: "I'll just repeat that. That's not a typo. 'We are both dragon energy.'"

This calls for a fact-check.

Trump's claim that black unemployment is the lowest ever almost checks out. It's only 0.1 percent higher than the low point, and that low point came on Trump's watch.

His claim about Hispanic unemployment? Again, almost. It was at 5.1 percent in March. The low point there is 4.8 percent, which happened three times in 2017, all during Trump's presidency. It also hit that low in 2006.

The same is true for women's unemployment. It was slightly lower in October last year, but that month's figure was the lowest it had been in almost 18 years.

And experts say presidents aren't economically omnipotent. There are other factors that contribute to unemployment numbers. And it's worth noting that former President Barack Obama was in office during dramatic declines in those figures Trump cited, all of which climbed around the 2008 recession.

So, yeah, the president's list of unemployment figures are pretty close to accurate. But he doesn't deserve all the credit, and it's not a guarantee that they're the reason Kanye is a fan.