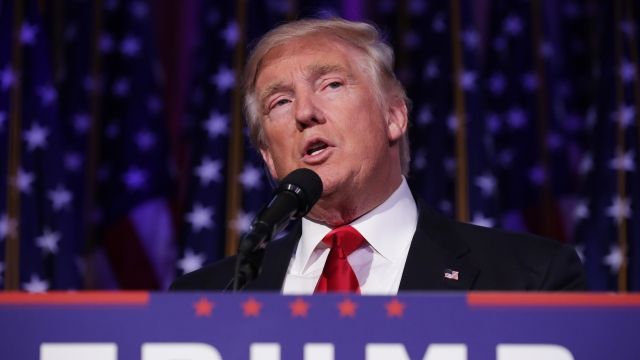 President-elect Donald Trump has spoken out about the people harassing minority individuals in his name.

"I will say this, and I will say it right to the camera — stop it," Trump said.

Vandals spray painted white supremacist and homophobic graffiti on buildings. Someone drew swastikas on a New York college campus. Black students at the University of Pennsylvania were added to a group text containing threatening messages.

Reports of physical and verbal harassment have come in, too. A man reportedly threatened to set a University of Michigan student on fire if she didn't remove her hijab.

And students at a middle school in Michigan started chanting "build that wall" during a lunch period, in reference to Trump's plans to build a wall along the U.S.-Mexico border.

Interviewer Lesley Stahl asked Trump what he would say to the people who are scared. The president-elect said, "I would tell them don't be afraid."