Donald Trump Says Transgender People Can Use The Bathroom They Choose 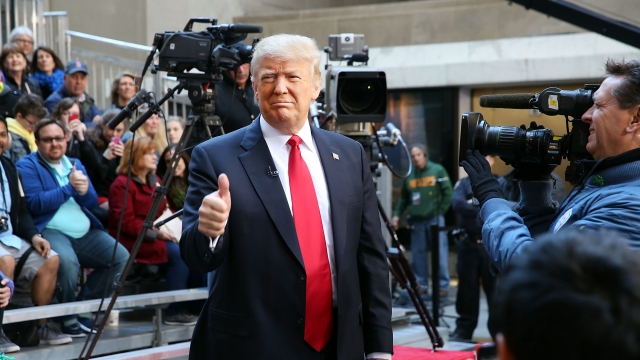 GOP front-runner Donald Trump said he doesn't have a problem with transgender people using the bathroom of their choice.

"They use the bathroom that they feel is appropriate; there has been so little trouble," Trump said.

His comments at a "Today" show town hall are aimed at a recent North Carolina law that makes transgender people use the bathroom that matches the sex on their birth certificate, rather than the gender they associate with.

North Carolina is the first state to pass this kind of law, but several states have had a similar debate over bathrooms and locker rooms before.

Ted Cruz said he doesn't share the views of his GOP rival.

At the town hall, Trump said he wasn't sure if he has any transgender employees but guessed he probably does.