Trump Said What We Already Knew: President Obama Was Born In The US 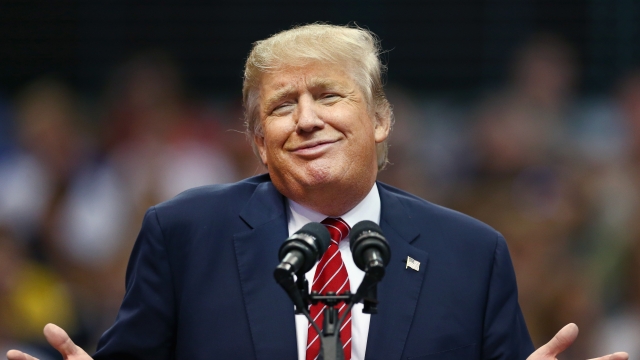 "President Barack Obama was born in the United States. Period," Trump said at the opening of his newest hotel.

Donald Trump finally said it: President Barack Obama was born in the U.S.

But that announcement wasn't without anticipation. The presidential nominee kept the public waiting.

"You watch my statement; we have to keep the suspense going," he said.

That's what he said only hours after his campaign made the announcement, but at the time, Trump didn't actually confirm his personal stance.

"You watch my statement; I think you'll be happy," Trump emphasized.

The confirmation is a response to the "birther" movement, which questions whether Obama was born outside the United States.

And for the majority of his campaign, Trump was a part of that group. So now that we know Trump thinks Obama was born in the states, the question remains: Why did it take him so long to say it?

He didn't really say why. Trump told The Washington Post on Thursday he would give his opinion eventually but was holding back for a reason only he was privy to.

One thing Trump did confirm without hesitation was his belief that Hillary Clinton is to blame for the movement. He claimed the Democratic candidate started the birther issue in 2008 — but that's false.