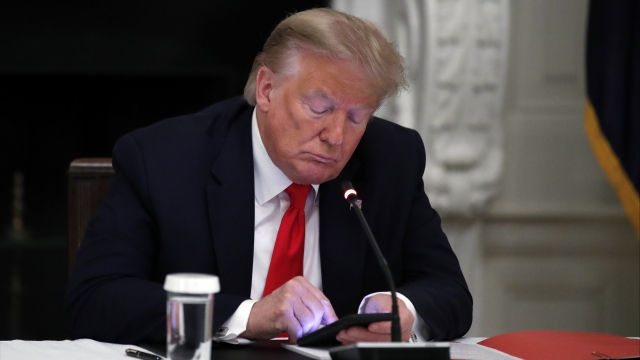 Facebook’s Oversight Board says it will decide whether to reinstate former President Donald Trump’s account "in the coming weeks" after suspending it following the January 6 insurrection by his supporters.

When Facebook first referred this decision to its Oversight Board, Vice President of Global Affairs Nick Clegg said "we hope and expect the board will confirm our decision" to ban Trump.

But Newsy spoke to experts who said the decision will hinge on whether the board just looks at Trump’s posts from the day of the Capitol insurrection, or his entire Facebook activity.

"If the oversight board looks broadly at the case of Donald J. Trump, that analysis might well encompass his behavior going back to well before the election to go back to when he first began to declare that the election would be rigged," said Paul Barrett, deputy director of the Stern Center for Human Rights at New York University.

"They might say that, with that as backdrop, his statements on January 6th are much more pernicious than they might seem if you look just the statements in isolation."

"From a legal perspective, there might not have been explicit language indicating incitement to violence. But from a communication ecology perspective, you can imply something — have it be in that legal gray space — and still have these incredibly damaging effects," said Jo Lukito, assistant professor at the University of Texas School of Journalism and Media.

If the former president is reinstated to Facebook, it could push other social media companies to put him back on their platforms, and lead Facebook to change how they moderate the accounts of other world leaders.

"Facebook is very much the first one out of the gate. So I think for a lot of other platforms, like what Facebook does, will set a precedent for how other platforms will react to it," Lukito said.

"If the oversight board overturns the Facebook decision, it will be very significant. I think Facebook will say 'well, that's it for us. We're never going to yank an American politician again, short of the politicians saying go home and get your guns, people, and, you know, take Congress physically hostage,'" Barret said.

Facebook’s Oversight Board says it received more than 9,000 public comments on Trump’s case. No matter how it rules, all eyes will be on the Board, a company-appointed group of international experts on law, speech, journalism and politics.

"Whether we really believe that Facebook can outsource this decision and not be accountable for it, I think gets to the core of whether or not the entire oversight board experiment will work," said Eric Goldman, co-director of High Tech Law Institute at Santa Clara University.