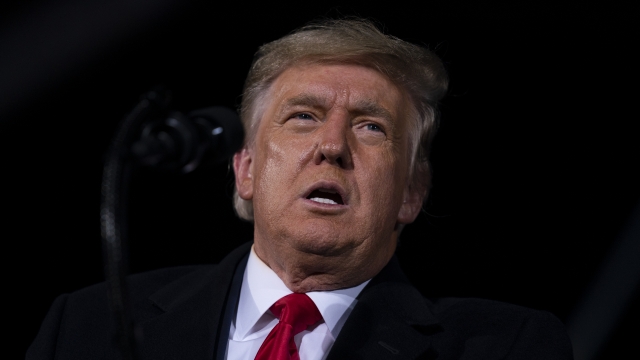 Donald Trump's legal team will focus its defense on the constitutionality of trying a former president and free speech during his upcoming impeachment trial.

"Besides the fact that this process is completely unconstitutional and this is a very dangerous road to take with respect to the First Amendment, putting at risk any passionate political speaker," said David Schoen.

In a brief filed on Monday, Trump's legal team is asking for the Senate trial to be dismissed calling the process “political theater” — something House impeachment managers rejected.

They also say the former president is protected by free speech when he spoke to a crowd of supporters before the Jan. 6 insurrection.

But some legal experts say that the core unconstitutional argument is flawed based on past impeachments.

"I think if you look at the historical precedent as well as the case law, that's either incorrect or a gross simplification," said Jared Carter. "And the reason for that primarily is in the 1870's, there was a secretary of war who resigned just before he was impeached, and the House still impeached him and the Senate still tried him. He was ultimately acquitted."

"The whole argument that the trial itself is unconstitutional because Trump has already left office is all they have," said Caroline Fredrickson. "They really don't want to get into issues about Trump's effort to undermine the chosen votes of millions of Americans to disrupt our democratic process, to incite violence, they want to stay away as far away as possible from the substance of the impeachment charges."

Conviction, however, remains a long shot, with 17 Republicans ultimately needing to vote with all 50 Democrats.

Carter said: "Here's the thing about impeachment, and the Founders that drafted the Constitution recognize this: Impeachment is a political process. That's why the punishments are only political, right? It's not a criminal trial."