Trump's Businesses Made An Unprecedented $12.5M Off His Campaign 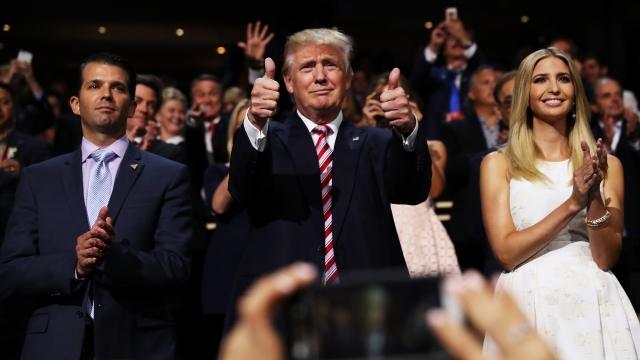 SMS
Trump's Businesses Made An Unprecedented $12.5M Off His Campaign
By Grant Suneson
By Grant Suneson
December 17, 2016
A CNN investigation found Donald Trump's campaign paid his businesses millions during the election, and it all appears to be legal.
SHOW TRANSCRIPT

Donald Trump's campaign paid his various companies a combined total of $12.5 million during the election season, according to a CNN report.

Trump's Tag Air Inc. got $8.7 million to operate his airplanes, and Trump Tower got over $1 million in rent to serve as campaign headquarters.

But that's not to say Trump profited from the campaign. He spent more than $65 million on his election bid, dwarfing any financial gains he would've made.

Experts say this level of self-dealing is unprecedented, but it appears to be totally legal. As long as the businesses charged fair-market rates, Trump can use businesses he owns. But this does reinforce the conflict of interest problem facing the president-elect.

Trump and his children used the campaign to push the Trump brand.

At several campaign events, Trump hyped his hotels, resorts and even steaks.

His daughter Ivanka took heat for using a post-election interview to advertise a bracelet from her collection.

And because of ethics concerns, Eric Trump's charity recently canceled an auction where the winner would have a chance to get coffee with Ivanka.

Trump's children are poised to take over his business when he takes office, and they've been heavily involved in transition meetings, which all means there will still be questions over conflicts of interest.