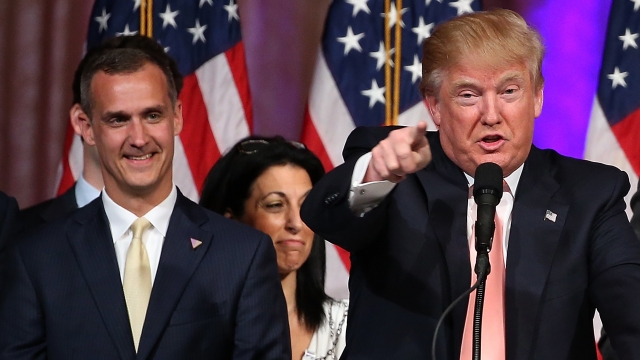 Donald Trump's campaign manager Corey Lewandowski has been charged with misdemeanor battery after former Breitbart reporter Michelle Fields accused him of grabbing her and pulling her forcefully away from an interview with the candidate.

Lewandowski turned himself in Tuesday morning in Florida.

Fields filed a police report against Lewandowski in mid-March after she went public with the accusation.

"Honestly, it's been really hurtful because obviously no one wants to be touched and violated like that," Fields told ABC.

But local police said in their arrest report that surveillance video appears to support Fields' claim.

Lewandowski's court date is set for May 4.

This video includes a clip from the Jupiter Police Department and an image from Getty Images.