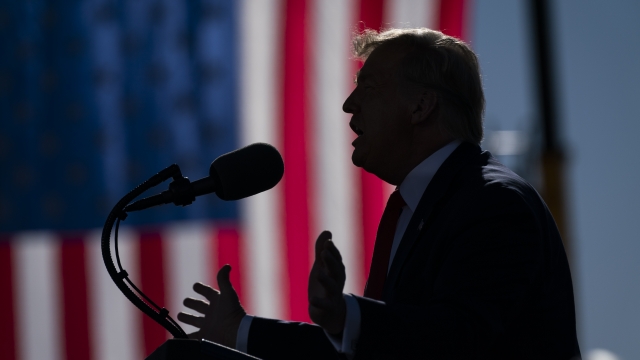 The blog gave him an online forum to express his views after being banned from several social media platforms in wake of the Capitol insurrection.

Former President Donald Trump's blog has been removed less than a month after its debut.

Senior adviser Jason Miller told CNBC that "From the Desk of Donald J. Trump" will not be returning, saying in an email that it was just "auxiliary to the broader efforts we have and are working on."

The blog gave the former president an online forum to express his views after several social media platforms banned him in the wake of the deadly Capitol riots, which he was accused of inciting.