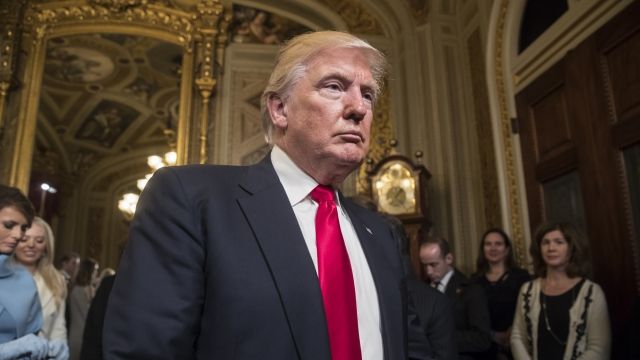 President Donald Trump has formally released his foreign policy plan, and it's all about putting "America first."

On the recently updated White House website, the new administration says it will put American interests and national security above all else. The first order of business? Defeating ISIS and other "radical Islamic terror groups."

To do that, the government says it will work with international partners to cut off funding and recruiting efforts for the groups and to expand intelligence sharing.

The administration also pledged to bring jobs back to the U.S., toughen trade agreements, bulk up the U.S. military and "embrace diplomacy." 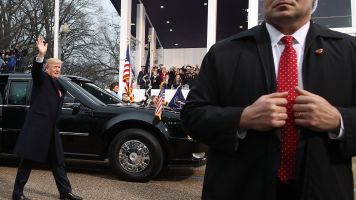 Trump's promise to "rebuild" the military focuses on the decline of the Navy and Air Force. While the two shrank in the past few decades, the nature of warfare has changed, as has the technology modern ships use. An expert says the U.S. Navy is still the world's strongest.

The diplomacy pledge has also drawn criticism for a single line: that America is "always happy when old enemies become friends." Some speculate the Trump administration is eluding to the U.S. relationship with Russia, which has been muddled recently.

But overall, the "American First Foreign Policy" doesn't stray far from what Trump promised during his campaign. The website update also echoes his Inauguration Day speech.

Policy experts have worried the whole "America First" thing could have a negative effect on U.S. foreign relations.

And the name itself could spark more criticism. The words "America First" echo the "America First Committee" of 1940, which argued against supporting the Allies during WWII and was known for anti-Semitic rhetoric.