Donald Trump Pointed Out A Black Supporter During A Rally 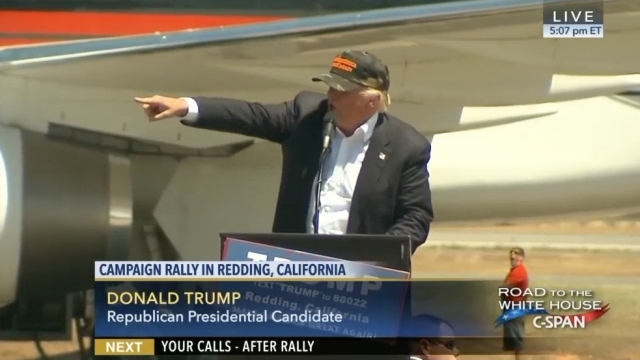 Donald Trump found an African-American at a rally in California this week.

"Look at my African-American over here. Look at him. Are you the greatest?" Trump said.

Some thought Trump's use of the possessive in "my African-American" came off a little racist. The moment also highlights Trump's challenge in winning support with African-American voters because he was, after all, pointing to just one African-American.

In a poll released earlier this week, a matchup between him and Hillary Clinton showed Trump dramatically trailing behind Clinton with black voters. Only 4 percent of black respondents said they'd support Trump over Clinton.

A spokesperson for Trump told CNN there was "no ill will intended" and said Trump was "grateful for this person's support."