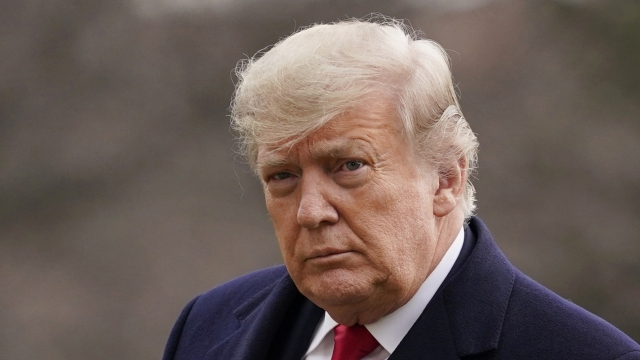 The former president has struggled to find attorneys willing to defend him after becoming the first president in history to be impeached twice.

Former President Donald Trump has parted ways with five of his lead impeachment lawyers ahead of the trial scheduled to start the week of February 8.

Sources told the Associated Press that two South Carolina lawyers, Butch Bowers and Deborah Barbier, left the team because of a "mutual decision" that reflected a difference of opinion on the direction of the case. Trump reportedly wanted them to use a defense that relied on allegations of election fraud, which the lawyers were not willing to do.

Two former federal prosecutors from South Carolina, Johnny Gasser and Greg Harris, are also off the team, as well as Josh Howard, a fifth attorney from North Carolina.

Additional legal team members are expected to be announced in a day or so.

Trump has struggled to find attorneys willing to defend him after becoming the first president in history to be impeached twice.

He's being charged with inciting the insurrection at the Capitol on Jan. 6.

On Sunday, Fox's Chris Wallace asked GOP Senator Bill Cassidy if the trial should be delayed given Trump's problem with legal representation.

"Chris, I'm not quite sure," Cassidy replied. "This is obviously uncharted territory for multiple reasons. I always thought the president had insufficient time to come up with a rebuttal. This is perhaps more insufficient but in a sense it might be the president –  I don't know that for sure – who's contributed to this, so I think this needs to be worked out. There's probably better ways to handle this than we currently are. I hope those are explored."