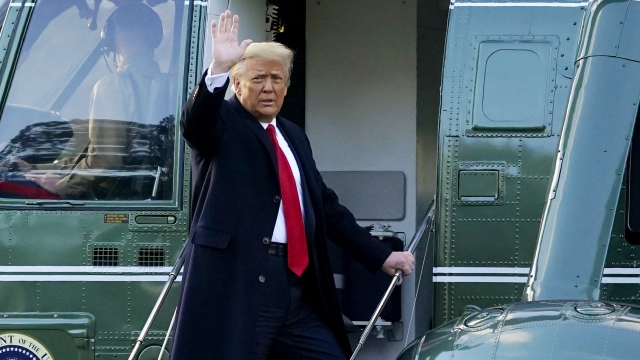 The announcement comes just one day after parting ways with his previous legal team.

Donald Trump has named two new lawyers to his impeachment defense team just one day after parting ways with his previous legal team.

David Schoen, a defense lawyer and Bruce Castor, a former district attorney in Pennsylvania will now represent Trump with just about a week to go before his Senate trial.

Trump had initially announced Butch Bowers, a South Carolina lawyer, would lead his legal team. But he left the case over the weekend because of differences in strategy.